We’re so thrilled that Bantam Life Pub The King’s Head Inn at Bledington, Oxfordshire, has been announced Pub Of The Year in the Good Pub Guide 2018.

It recommends the The King’s Head as “16th century inn with atmospheric furnishings, super wines by the glass, real ales and delicious food; smart bedrooms”.

Unveiling the Pub Of The Year Award the Guide said,

“To compete in the Pub of the Year category a pub has to have unanimous enthusiasm from all readers on all aspects of its business – it has to be top of its game.

And we’re very happy to announce that the Pub of the Year 2018 is awarded to the King’s Head in Bledington, Oxfordshire with its lively, friendly bar, excellent drinks selection, first class food and lovely bedrooms”.

The King’s Head is a charming 16th century inn at Bledington owned and run by husband and wife team, Archie and Nicola Orr-Ewing who also run The Swan Inn at Swinbrook. 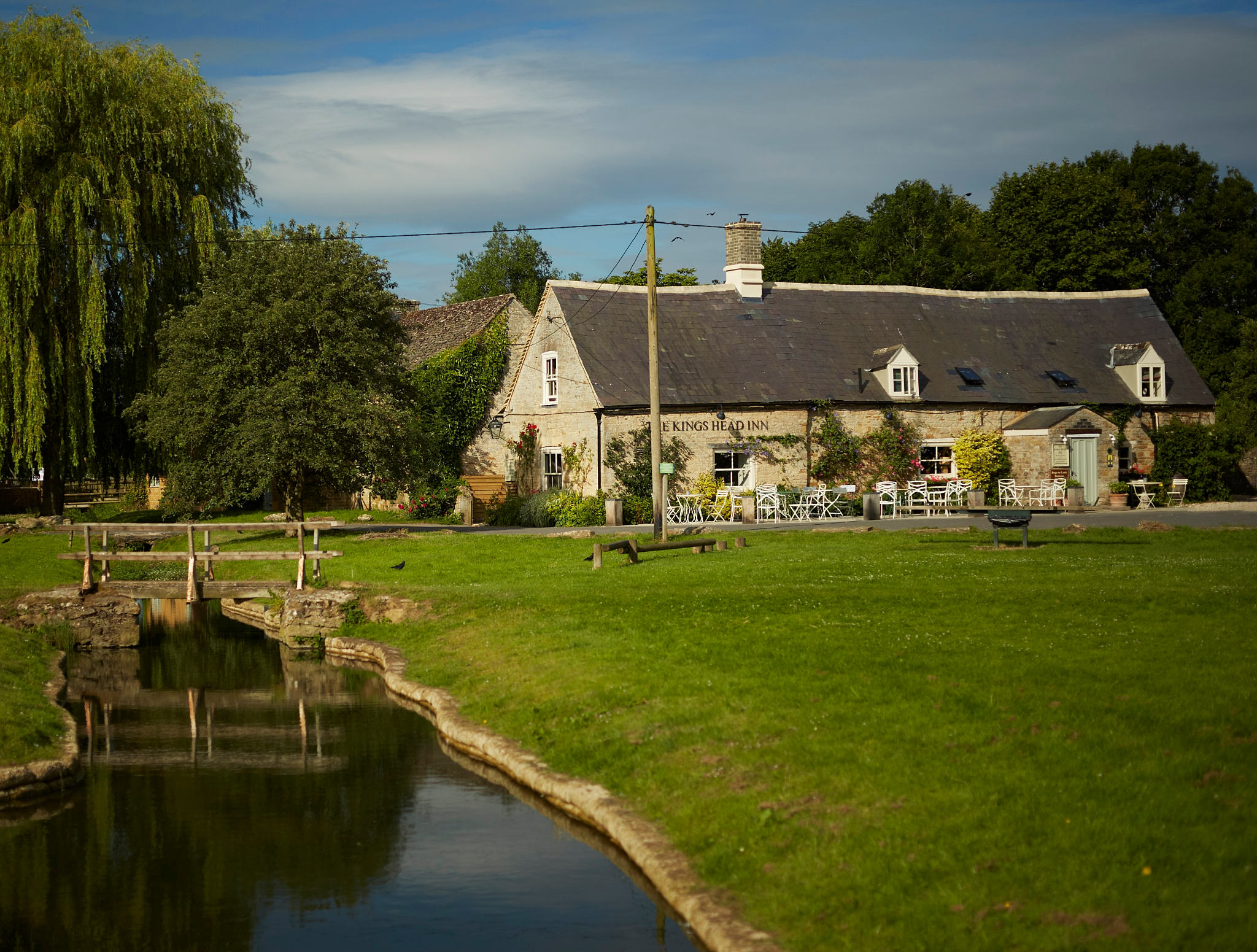 On the morning of the announcement The Oxford Mail published this article by Senior Reporter Stuart Rust including an interview with the King’s Head Inns delighted owner – Archie Orr-Ewing:

A Pub unanimously praised for its beer, food, friendly staff and picturesque surroundings has made its landlord’s dreams come true by winning a national award.

Archie Orr-Ewing, of The King’s Head Inn near Chipping Norton was emotional when he first heard the news that his business had been awarded Pub of the Year by the Good Pub Guide, which is published today.

He and his wife took over the Bledington pub more than 17 years ago and have worked hard to get it where it is today – with a focus on hospitality and ensuring each and every punter feels welcome.

Readers of the guide roundly praised the establishment throughout past year – leading to its selection as the top pub in the country for the 2018 edition of the guide.

Mr Orr-Ewing, 48, who also runs The Swan Inn in Swinbrook, spoke to the Oxford Mail about the day he received the incredible news.

He said: “I opened the letter and I have to say I did get a bit emotional. Getting Pub of the Year is the stuff of dreams.”

“I had thought about it before, and thought it would be amazing, but with modern day competition it was going to be a tough one.”

“We’re just overjoyed. The staff reacted the same as I did.” 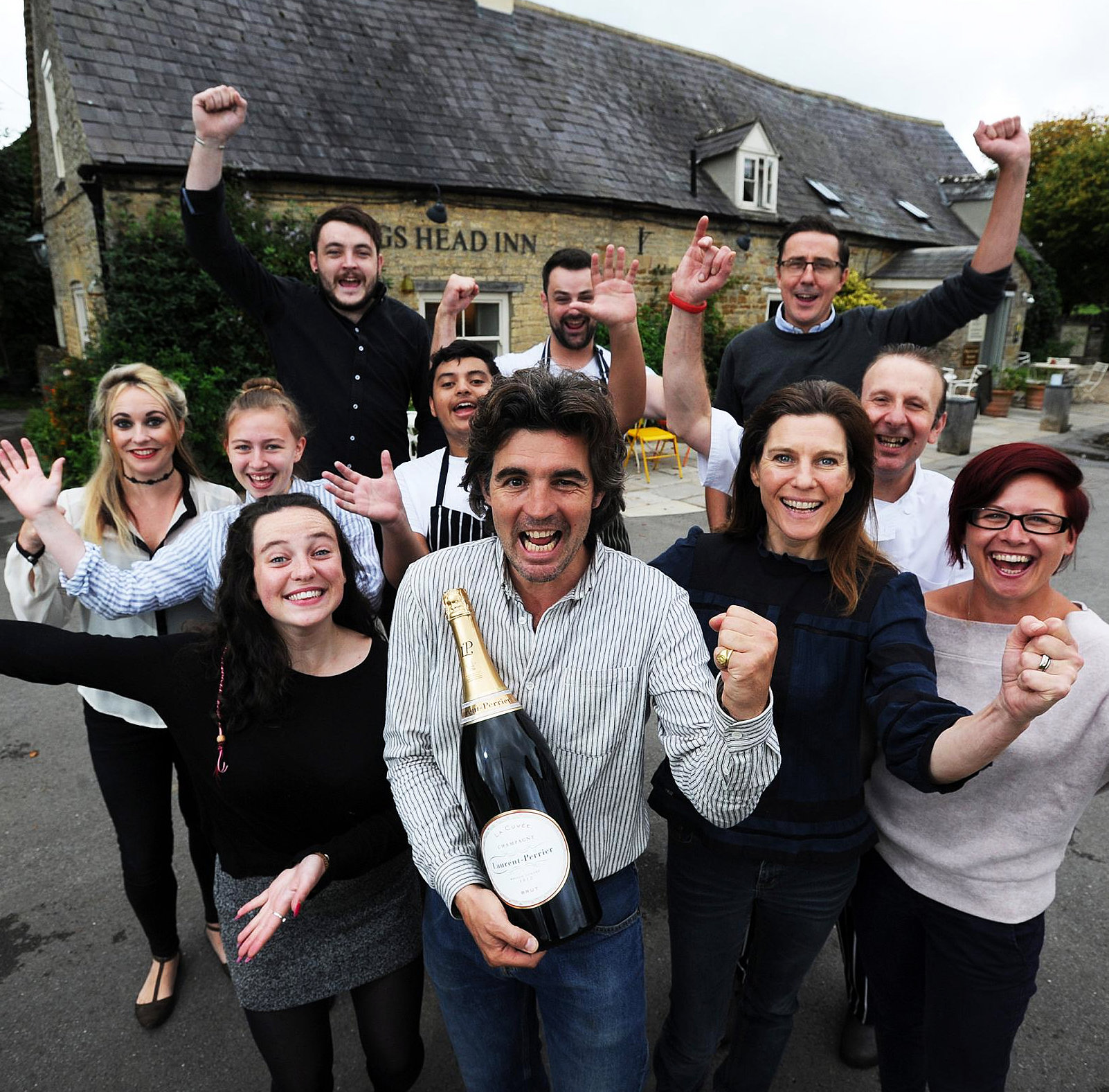 Prior to owning The King’s Head, Mr Orr-Ewing held a number of jobs, including a five-year stint in the Army.

Then, about 20 years ago, he spent time helping to run a London pub, and quickly fell in love with the job.

When Mr Orr-Ewing and his wife, Nicola, moved to Gloucestershire, a conversation in The King’s Head quickly turned into a decision that would change their lives.

Mr Orr-Ewing was having a pint and chatting with the pub’s landlord when it came up that he was planning to sell the place, an opportunity Mr Orr-Ewing felt too good to miss.

He said: “Running a London pub is very different to running a food-led country pub with bedrooms, so it was quite a steep learning curve.

“Things have got a lot more competitive over time. There were only two pubs in the whole area when we took over – now there’s loads – and the expectations of customers are much higher than they were 10 or 15 years ago.”

Mr Orr-Ewing said the key to running a good pub was hospitality. He said: “What starts a good pub is hospitality and you either have that bug or you haven’t.

“You’ve also got to have a broad church: everybody is welcome.

“The beautiful thing about English pubs is that on any given day you can get a broad spectrum of people.”